Back to all tips 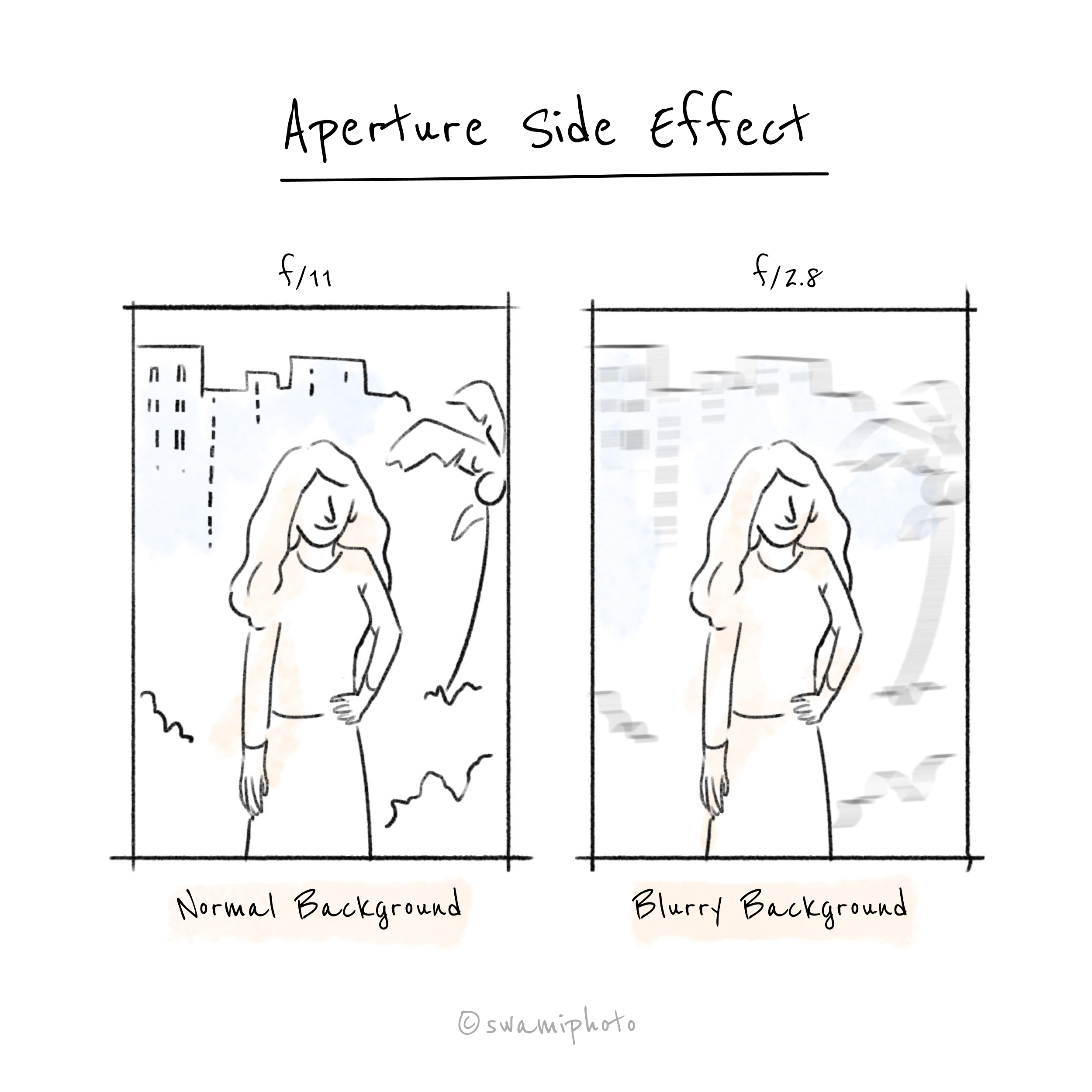 While slow shutter speeds create motion blur, the side effect of changing the aperture is the level of background blur. Use low f-numbers (such as f/2.8) to throw the background out of focus and bring attention to your subject. Conversely, to keep the background in focus (such as when shooting landscapes), use higher f-numbers. Later, we’ll see why lower f-numbers (larger apertures) cause blurrier backgrounds--it has to do with something called depth of field. It’ll be a bit of a physics lesson :)